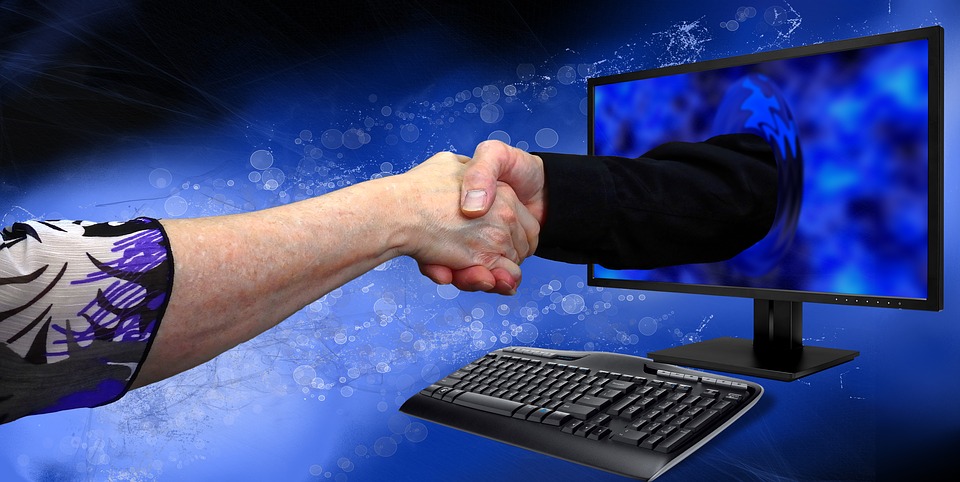 TAs such as Decentralised Autonomous Organisations (DAOs) can be equated to automated cars or robots insofar as they are created and become able to function on their own, pre-programmed to behave in specific ways.

There are significant differences however, which raise legal concerns far more elaborate than those raised by automated cars and robots. The main difference is the impossibility to apply the principle of the “nearest person” in certain cases. In the case of automated cars and robots, it is possible to identify the manufacturer as being the “nearest person”. If damage is caused, the manufacturer is liable. Moreover, if an automated car or robot goes rogue, it may be physically taken down, preventing further damages. This would however not apply to DAOs where the developer might not necessarily be identified and the only means of stopping the DAO is by switching off the internet completely, which is practically impossible.

Having an anonymous developer

Taking Bitcoin as an example, a developer may decide to remain anonymous. This would render the ‘nearest person’ principle inapplicable. Moreover, as soon as a DAO is developed, it takes a life of its own and will continue to exist even if the developer abandons it.

So how can the issue of an anonymous creator be dealt with? One way to go about this would be by giving TAs such as DAOs, a legal personality. The case for this reasoning is based on different considerations:

The challenges faced by this proposition

The challenge lies in understanding what form of legal organisation can be used to confer legal personality. Is it more of an association of persons or of a universality of things? Is it more practical to use a purpose foundation?

At this stage, we cannot limit ourselves only to those forms which the law already sets out. Innovation and practicality may require the emergence of new forms of legal organisations which can be flexible enough and better suited to the nature of different TAs.

Moreover, although giving TAs a legal personality may solve several legal issues, an administrator of sorts would still be required to represent the TA.

This may all take us back to square one where the creator of the TA might opt to remain anonymous. It therefore goes to show, that whilst the regulator’s intervention in this regard may solve a number of practical and legal issues, such efforts may still be rendered fruitless in the face of the anonymous nature of the technology. 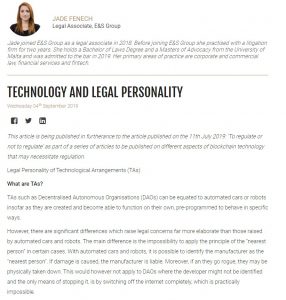