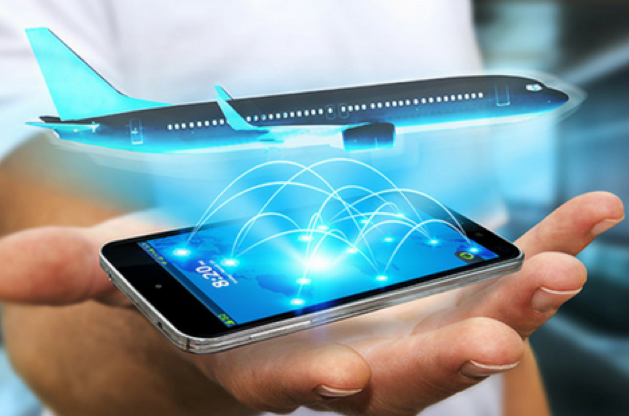 Blockchain and the airline industry

Home » Blockchain and the airline industry

Blockchain evangelists have promised that this new technology can revolutionise the way we do things in pretty much most commercial sectors. Can the same be said for the airline industry?

In this day and age (or at least pre-Covid 19), catching a plane is tantamount to taking the bus. At the same time, the processes behind this multi-billion dollar industry are extremely complex and involve relationships with customers, regulators, travel agents, airports, suppliers, as well as the airlines themselves and their partners – to name a but few.

An area where blockchain can definitely revolutionize the airline industry relates to safety. One can never overestimate the importance of conducting repairs, periodic maintenance, as well as engine and plane overhauls when these are due. Logs of these can easily be held within a blockchain controlled by regulators. Apart from the fact that such entries are paperless and immutable, the blockchain time-stamps each transaction – leaving no doubt as to the date on which a particular transaction took place. Of course, this cuts potential abuse to an appreciable extent. The same blockchain can also be made available to interested parties, such as lessors who lease out an aircraft or its engines to third parties under an operational lease agreement. In this manner, lessors can verify that scheduled maintenance and overhauls are being conducted as and when contractually agreed. The origin of the materials and other components on board aircrafts can also be recorded on the blockchain in order to have a more reliable traceability. Additionally, reporting by operators can also be done through a blockchain system which offers very quick access to regulators as well as peace of mind that the data will not be altered.

Outside of the sphere of safety, blockchain can also help in data management and data sharing between aviation authorities and players alike. In some cases, revenues are shared in complex ways between the airline, partner airlines and even agents – blockchain can help facilitate and simplify matters, and do so in a way which is immutable and leaves a permanent record.

Even consumers stand to benefit directly from the implementation of blockchain-based systems. For example, smart-contracts can be implemented to cater for refunds and payment of other damages where these are statutorily due (such as in the case of flight delays). Certain aspects of travel insurance can be similarly automated with the help of oracles, making the system fairer and quicker. The same can be said of loyalty schemes which are often offered by airlines to frequent travellers. Airlines which want to be even more innovative can tokenise the loyalty points themselves, offering attractive redemption avenues to the clients.

The advantages are there for all to see – greater efficiency, less running costs and greater trust in the whole system. Of course, in order for all these advantages to be reaped, there has to be a collective effort on the part of a significant number of players – no one airline alone enjoys the clout necessary to go the whole road alone. Of course, whether or not now is the right time to actually revolutionise the industry in terms of blockchain is a separate question altogether – but it remains an important question to answer in the medium-to-long term once the economy is up and running again.