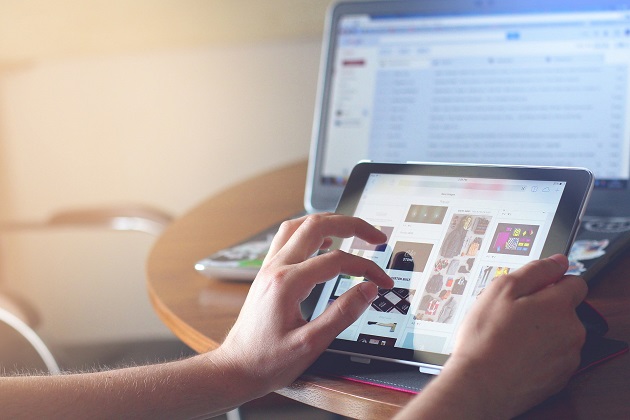 Digital Taxation: the ‘new’ kid on the bloc?

With ever-increasing digital trends, the digital economy continues to take a larger share of the overall world economy. It therefore came as no surprise when the incoming EU Single Market Commissioner, Thierry Breton, held that, despite the likely pullback of the United States from the OECD talks on a unified digital taxation, the Commission will still push forward and discuss the introduction of such a tax within the Internal Market.

The Commission had initially proposed to apply a 3% rate to online advertising, digital intermediary activities (including special platforms or e-commerce) and the sale of data. In a bid to reach consensus, the proposed tax was narrowed to simply cover online advertising. With players such as Ireland and Denmark still citing problems related to double taxation, the EU had to concede, while still stating that the momentum gained will help reach international consensus on long-term solutions.

The OECD is overseeing international negotiations to forge a new international tax system that encompasses this digital tax. Growing anger over tax avoidance by multinational digital businesses has forced the OECD’s hand in order to take a stand. Many digital businesses have customers in a country without having any physical presence, while deriving most of their income from intangible assets, leading to a situation where there is minimal or no taxation on profits from such activities.

Digital taxation issues have been discussed for a number of years. In the Base Erosion and Profit Shifting (BEPS) action plan, the OECD identified the tax challenges that the international community faces due to an increasingly digital economy. With no international standard in place, individual countries have started taking unilateral measures. France, being one of the most notable drivers of this digital taxation, has introduced such a tax, but has stated that it would be removed if there is international agreement.

On the 9th of October, the OECD published a proposal for public comment on the allocation of taxing rights and profits in this ever-growing digital economy. The European Union has now started to conduct work in order to present the EU position in the report, which is due by mid-2020.

Nonetheless, without an efficient system for eliminating double taxation, doubt will remain as to the effectiveness of the OECD solution. What is however likely is that digital taxation will be introduced to the international community since there is a very clear intention to abandon the longstanding physical presence standard for taxation in favour of digital presence. 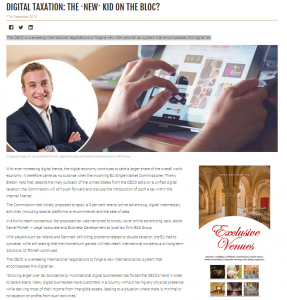