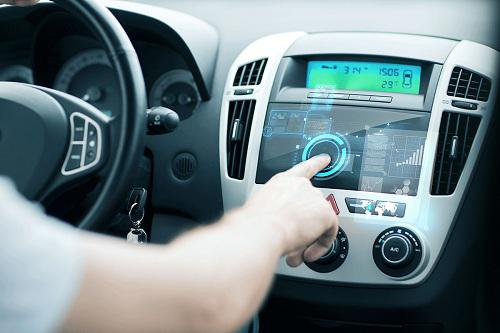 How blockchain will revolutionize future cars

The automobile industry has seen enormous changes since the first Ford Model T rolled off the production line in 1908. Technological advancements and innovative solutions are already making our drives safer, convenient, and affordable.

As the technological development picks up pace in the earlier part of the 21st century, we are on the cusp of another tech revolution which has the potential to disrupt the auto industry and other industries in its wake. The technology is known as ‘blockchain’, which can change the competitive landscape and bring changes to our societies on a large scale.

This article pins down the fine details of blockchain technology and what changes it can bring in the future cars.

As the blockchain technology is relatively new, a lot of people are not aware of what it is and how it functions. According to the MIT Technology Review, blockchain is simply ‘a mathematical structure for storing data in a way that is nearly impossible to fake.’

The technology was devised by Satoshi Nakamoto for the transaction of Bitcoin and other cryptocurrencies, but today, the distributive ledger technology has its reverberation been felt in industries beyond the digital currencies.

As we will discuss later, the distributive ledger technology has evolved as a secure data structure solution due to the shared database and superior data encryption methods. For now, it is sufficient to understand that blockchain is a decentralized distributive ledger with the following characteristics:

Blockchain technology is gaining momentum in the auto industry due to the wealth of advantages that it offers. The launch of MOBI (Mobility Open Blockchain Initiative) in 2018 is a clear manifestation of the development. MOBI brings together leading auto manufacturers like BMW, GM, Ford, and major blockchain and tech startups such as IBM, ConsenSys, and Accenture.

Many NGOs and renowned academic institutions and global organizations such as the World Economic Forum or the Blockchain at Berkeley are also involved in the initiative.

Besides, the IBM Institute of Business Value reports that 95 percent of auto companies are willing to make ‘moderate to significant’ investments in the technology over the next few years. Similarly, many startups and other platforms like autocoincars have also emerged in the auto sector who provide the facility to purchase or sell cars with cryptocurrencies using blockchain technology. There are other ways in which the blockchain can revolutionize the future cars. Below is a brief account of how it can be done.

The idea of autonomous vehicles is creating rage as more and more companies are stepping into the field of self-driving vehicular technology. The technology has gone through a multitude of tests and innovations.

Waymo – Google’s autonomous vehicle company – has aggressively tested their autonomous vehicle for more than 10 million miles across various locations in real-world scenarios. Tesla and Uber are also testing their self-driving cars, but the rare incidents suggest that the technology is still imperfect and needs improvement.

For autonomous vehicles to become mainstream, vehicles have to be capable of sharing an enormous amount of data with connected cars, researchers, and automakers. Cars also need to be equipped with smart technologies, including cameras, sensors, and devices that can communicate with traffic signals, lamp posts, and most importantly, other vehicles. This will require real-time data processing and networking guaranteed only by a blockchain platform.

One of the issues that bar the development of autonomous cars is their lack of connectivity with the surrounding environment. The use of IoT devices can improve their functionality significantly as they will allow the vehicles to collect and communicate crucial data about weather and road conditions, traffic patterns, and contextualize them to improve the driving performance.

The advancements in IoT devices and blockchain will remove the limitations currently imposed on self-driving vehicles. The decentralized ledger will improve the usefulness of data in real-time and considerably enhance the status quo.

Although the existing technology allows us to pay tolls and fees automatically, the future cars will be able to pay for refuel or recharge without you as an intermediary. What if the tolls, repair fees, or insurance could be paid on demand without you getting involved in the payment process?

This opens up new and exciting possibilities of your car being able to negotiate in the future. Whether it is finding folks to rideshare and booking its place on a congested road, the possibilities are endless. With the autonomous vehicles hitting the roads, the car will be even capable of driving other people and literally make money while you are at work.

The introduction of blockchain in automobiles will also make our cars safer and user-friendly. You don’t have to worry about physical keys anymore because the use of blockchain will allow us to develop private keys. The consumers will be able to use private keys (a code) to unlock their car. The car will unlock itself once the private key you entered matches the public key of the manufacturer.

When the need arises, you can also give other people access to your car by initiating smart contracts with them. Smart contracts will provide others temporary access to your car, which can be handy in case you want a courier service to deliver a package in your car in your absence. With the help of smart devices and the power of blockchain, the vehicles will be safer than ever.

The blockchain technology promises massive changes in the car trade process. The technology will eliminate the problem of compromising odometer data when buying a second-hand vehicle. Blockchain can come in handy if you want to buy a car for sale that is driven as much as the odometer says.

Since the blockchain technology is immutable, you’ll be able to tally the seller’s words with the data stored in the blockchain. In fact, the technology will enable you to check any of the car information, including mileage, accidents, repairs, and other data to avoid a wrong purchase. A transaction management startup, DocuSign has already partnered with Visa for such a blockchain-based project.

The blockchain technology is still in its infancy, and like any other technology, it will not become ubiquitous overnight. However, one thing is certain: the future rides will be more secure, comfortable, and affordable.

This article is written by our guest author:

Evie Harrison is a blogger by choice.  She loves to discover the world around her. She likes to share her discoveries, experiences and express herself through her blogs. Find her on Twitter:@iamevieharrison 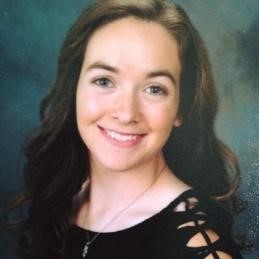