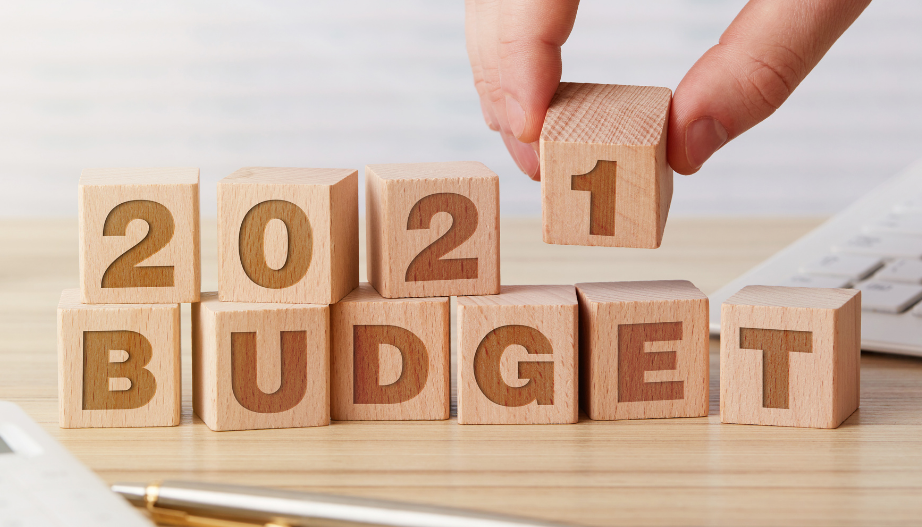 On the 19th of October 2020, the Minister of Finance, Edward Scicluna, presented to the Maltese Parliament the Budget for the year 2021.

The Budget focused on the country’s economic recovery from the Covid-19 pandemic, through the extension of the Wage supplement given to pandemic affected businesses to continue until March 2021 as well as the extension of the voucher government scheme to a further Euro 100 in voucher per person.

The budget deficit of €1.2 billion is expected to continue at a decreasing rate until 2023.

Malta has anticipated a reduction of 7.4% in GDP this year, however, the government anticipates a recovery next year as the economy bounces back with growth of 5% in real terms and 6.4% in nominal terms. The growth is expected to be generated through a 7.5% growth in investment and 3.7% in private consumption, whilst exports are expected to increase by 5.5%. This would mean an increase of 2.3% in jobs in the upcoming year with unemployed to hover around 4%. Deficit is expected to go down to 5.9% of GDP while debt will increase to 58.6% of GDP.

Malta’s deficit will increase to 9.4% this year, but the country’s low level of national debt means that it is in a good position to weather the negative impacts of the pandemic.

The cost of living adjustment (COLA) is set at Euro 1.75.

No new taxes have been introduced. People earning less than Euro 60,000 will benefit once again with Income tax refunds which have been increased and shall range between €45 and €95.

A positive introduction included the increase of the VAT exempt threshold to €30,000. The government will be introducing schemes to help business start-ups, to encourage online business, and to help firms attract new foreign investment.

A tax exemption on the profits of Voluntary organisations with an annual income of not more than €50,000 was also introduced. Royalties derived from the sale of literary works shall be subject to a special final tax rate of 15%.

Grants being given to farmers and fishermen equivalent to their tax due on qualifying produce. Such will be linked to their investments in projects that reduce produce waste and in systems that control the volume of produce put on the market.

Measures presented included the extensions of the tax reductions on transfers of immovable property, which have been extended until 31st December 2021. Existing scheme to encourage first-time buyers is being extended, with the property value eligible for a reduced tax being increased to €200,000. Taxes on property donations are also being eased, with the first €250,000 in the value of a property being tax-exempt, up from the current €200,000.

The 1.5% property tax concession on the transfer of businesses is also being extended by a year.

During 2021, all profits derived from the assignment of rights on a promise of sale relating to immovable property will be taxed at a final tax rate of 15% increased from the first €100,000.

Extension of emphyteusis on commercial properties will be possible to the extent that there will be investment on the property.

A new Authority regulating the construction industry will be established as from 2022 with the primary aim to safeguard the local environment and reduce accidents on construction sites. A new Compensation Fund will also be formed to provide redress for any damages suffered because of any accidents.

More emphasis is given to educational courses aimed towards increasing the work-readiness of individuals in the Virtual Intelligence and AI industry. The Minister of Finance also noted incentives to help businesses to re-engineer their business models and invest in digital tools.

Tourism regeneration strategy will be unveiled so as to better address the dramatic changes in the sector following the effects of the COVID-19 pandemic.

Assistance will also be given in the tourism sector for marketing, while a range of current schemes, such as those for job creation in Gozo, will be retained.

The Environment and Sustainable Development have taken centre stage with proposals aiming at prohibiting the importation and production of single use plastics by January 2021 and the prohibition of selling such single use plastic by January 2022. Additionally, there will be an increase of charging points and subsidies for electric vehicles and alternative means of transport. Low carbon Development Strategy to be finalised by end of 2020.

The issue of “Green Bonds” by investors will be incentivised to finance renewable energy projects and projects aimed at decreasing air pollution.

A scheme for private residences and commercial outlets in urban areas to install Green Walls will be introduced.

Annual road licence fees payable by vehicles that are registered to be used only during weekends and public holidays will be reduced by 35%. The VAT refund scheme on the purchase of bicycles and e-bikes will be retained as will the scheme for the purchase of electric motorcycles and scooters up to a maximum of €400. The grant for those who convert their car to run on gas is being raised to €400 as long as emissions are cut by at least a quarter. The road licence for motorcycles of between 125cc and 250cc will, on renewal, be reduced to €25 from €65.

The existing incentives for those who purchase electric vehicles will be retained. No registration tax will be charged, while road tax will not be charged for the first five years.  Increase in the amount of funds for car scrappage scheme per grant being capped at € 7,000 depending on the type of the vehicle.

Foster care allowance shall increase by €520 per child per annum with effect from January 2021.

Parents eligible for a supplementary allowance will as of next year also receive a €150 cheque previously reserved for people classified as at risk of poverty. Supplementary allowances, which range from €4.57 to €12.54 per week and are intended to help impoverished children, are given to couples earning up to a maximum of €13,798 a year or single people making up to €9,701 yearly.

Free internet access for one year to those students who further their studies beyond secondary level. Online education sessions to be provided to parents to be able to contribute towards their children’s education.

Persons born before 1962, who did not qualify for state pension due to contributions effected prior to the age of 19 years, will now have such contributions considered for pension purposes.

As per usual, pensioners will get the full COLA increase, which this year stands at €1.75 a week, as well as an additional €3.25 per week increase, bumping their pensions up by a total of €5 per week.

Couples who both receive a pension and who apply married rates of tax shall have €3,600 per annum worth of non-pension income exempt from income tax.

A grant previously given to help cover the cost of hiring a carer to look after an elderly person will now be open to people who need professional care for a person with a disability. The grant, which previously stood at €5,291 per year, is also being upped to €6,000.

Eligibility for free tal-Linja Card reduced from over 75 years of age to 70 and over.

New medicines will be made available for patients suffering from chronic or mental illness. While more beds will be available, the government wants to encourage the elderly to remain independent, and this is why services like Home Help and Telecare will continue being improved.

A number of infrastructural projects were mentioned including maritime projects, a new parking at Mater Dei, modernisation of health centres, a new blood bank, a new sports complex at the University of Malta and modernisation of schools.

A €450,000,000 investment of 7 years in industrial infrastructure and office space covering amongst others, investment in a new Life Science Park, Kordin Business Centre, and the development of an SME space and a logistical centre in Marsa.

Further investment in the infrastructure for the aviation maintenance sector to continue to support this sector.