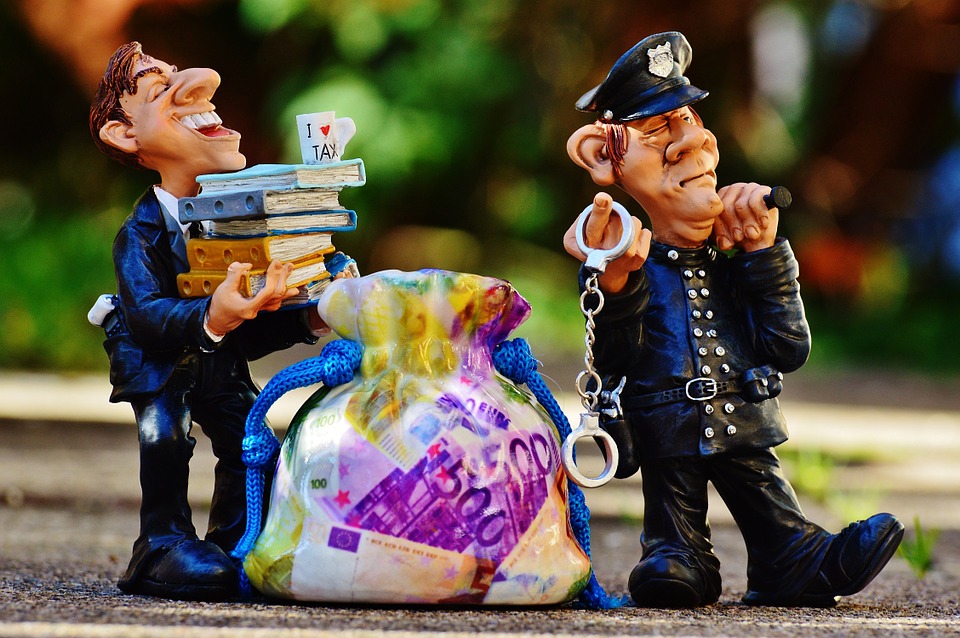 What about AML & KYC?

AML and KYC are two mysterious abbreviations which attract our attention whenever used on financial and political news, official reports and banking guidelines. KYC stands for “Know Your Customer” or “Know Your Client” and can be simply explained as a process of verifying a customer’s identity in order to minimise the potential business risks. KYC relates to bank regulations, as does ALM which stands for “Anti-Money Laundering”.

Money laundering is the process by which criminals try to conceal the real origin of assets obtained by means of criminal activities. The main aim of money laundering is to convert criminal proceeds into assets that seem to be legitimate, and in case of successful operation, gives criminals an opportunity to maintain control over their assets and use them without being prosecuted.

The laundering happens via the financial system and occurs whenever criminals identify weak points within facilities found in financial institutions. In the era of globalisation, when the integration of the world’s financial systems is increasing and the barriers of capital movement are being removed, the laundering of criminal money is becoming more complicated to trace and prevent.

There is no official data on the amount of money being laundered annually that can reflect the true statistics. However, the numbers amount to billions of Euros and are a cause of concern to international official bodies.

Money laundering is usually done in three steps. The first stage is the placement of criminal proceeds into the financial system. The second is layering and includes carrying out numerous financial transactions in order to hide the trace to its illegal source. Whereas the third and final step is integration, whereby assets are transformed into different representations of value by purchase or exchange. Money laundering operations can have various approaches depending on the particular case.

In order to fight the conversion, concealment and possession of assets derived from criminal activity, governments of the leading world countries have developed national regulations and industries guidelines. US, UK, Canada, Australia, New Zealand, South Africa and other countries have their own regulatory frameworks and supervising authorities. The EU, as a market with free capital movements, is working on the harmonisation of KYC and AML directories within EU member-states.

In Malta there are two official units that are responsible for AML and KYC regulations, these include the Financial Intelligence Analysis Unit (FIAU) and the Malta Financial Services Authority (MFSA).

The FIAU was established under the Prevention of Money Laundering Act that includes the prevention of money laundering and financing of terrorism. Its main function is to supervise the compliance of all persons with legislative provisions.

The MFSA has the responsibility for preventing the involvement of authorised persons in laundering operations. The cooperation between the two national entities is described in its Memorandum of Understanding. The MFSA and FIAU jointly monitor compliance by financial services licence holders with the AML laws and are authorised to take in case of the regulation violations.

The objectives of KYC guidelines are mostly focused on preventing criminals to use banks for money laundering. KYC procedure gives banks an opportunity to understand their customers better including their sources of income and financial operations, while managing related risks accordingly.

Today, the KYC process is not only utilised by national agencies and financial institutions, but also by companies of all sizes to ensure that their partners and clients are both anti-bribery compliant. Parties involved are usually required to provide detailed due diligence information.

Typically, KYC controls include collection and analysis of identity documents, name matching against lists of known parties, and monitoring of customer’s transactional behaviour amongst others. The number of documents to be provided varies depending on the jurisdiction and business circumstances.

Due to legal and professional requirements and for due diligence purposes every shareholder, owner, director, company secretary, bank signatory of the company should go through a KYC process for the company to be incorporated in Malta.

KYC is also required for any physical or legal person to whom E&S Group provides any service to. If you’d like to know more about AML and KYC regulations in Malta, feel free to get in touch on info@ellulschranz.com

The article has been published on the Malta Independent on Sunday, 17 February 2019 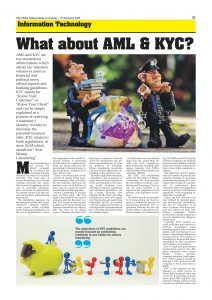